Then and Now: Product Innovation Over Time

Home/Uncategorized/Then and Now: Product Innovation Over Time
Previous Next

Then and Now: Product Innovation Over Time

There are some products that could benefit from a redesign but, despite their design flaws, have remained the same for years. The umbrella, which has been around since 2450 BC, is an example of this. Then and now, one strong wind turns the umbrella inside out, making it pretty much useless.

The jar lid was another product that needed to be redesigned but remained the same for 75 years until CCT introduced the CT version of the EEASY Lid in 2019, and the aluminum lug version of the EEASY Lid in 2021. Thanks to the software designed EEASY Lid, we can say that jar lids have evolved from consumers struggling to untwist a stubborn lid, to now easily opening them with just the push of a button.

Let’s take a look at the then and now of some other everyday products: 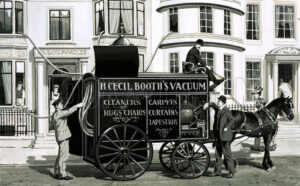 Hubert Cecil Booth developed one of the early versions of the vacuum cleaner. Booth’s vacuum cleaner was a motorized, gasoline-powered device so big it required a horse drawn wagon to move it from house to house. The vacuum, which needed two people to operate it, would be parked outside a house, and long vacuum hoses were fed through windows to clean rugs.

Today, robotic vacuums 13-14 inches in diameter and 3.5-4 inches high (about the size of a large deep-dish pizza) clean floors at preset times in preprogrammed areas. And unlike earlier labor-intensive vacuums, robotic vacuums only require humans to empty the dirt and dust receptacle. Invented in 1945 by American physicist John Mauchly and American engineer J. Presper Eckert, Jr., the Electronic Numerical Integrator and Computer (ENIAC) was the first ever electronic, programmable, general purpose, digital computer. The ENIAC weighed in at 27 tons (for context, the weight of this computer equaled about 4.5 elephants), took up 1,800 square feet of space (that amount of space could accommodate three residential swimming pools) and consumed 150 kW of electricity to power its 18,800 radio valves or vacuum tubes (150 kW is the amount of energy generated by a 200-horsepower engine). Although a breakthrough at the time, the ENIAC had computing power on par with a modern pocket calculator.

Today, the average weight of a 13-15-inch laptop computer is 2.8-4 pounds, and most modern cores in these laptops can operate at a sustained rate of three billion instructions per second. Laptops today are also power-efficient. A typical laptop uses 20-120 watts – massively less power consumption than the ENIAC (there are 1,000 watts in one kilowatt, which means the ENIAC consumed over 150,000 watts of power). 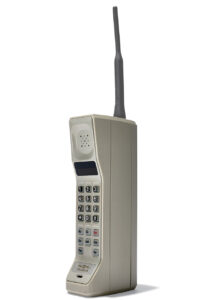 The first cell phone was introduced in 1973 by Motorola. Called the DynaTAC 8000X, this cell phone was about the size of a shoe box and was colloquially called a “brick” phone. The phone weighed 4.4 pounds and had to be charged for 10 hours for 30 minutes of talk time. When it was commercially released in 1983, the phone could store 30 numbers and cost $3,995.

Cellphones have evolved over the decades to become smartphones. Essentially minicomputers, smartphones can browse the internet, download apps, play games and take photos. These phones weigh less than half a pound and, in the U.S. this year, cost $553 on average.

In the early 1950s, the “Vapor-Vacuum Jar Cap Opener” was developed by the White Cap Company to help open jars sealed with the company’s “Vapor Vacuum” lid sealing system. The metal T-shaped jar cap remover tool was inserted under the lid to pry open jars. 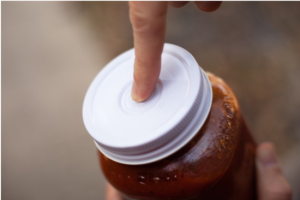 CCT’s introduction of the EEASY Lid marked the first significant innovation in the metal jar lid industry since the 1950s. With the EEASY Lid, consumers today don’t have to struggle to open jars. Innovative in design, the EEASY Lid simply requires a light button push to release the vacuum from the container, making jars up to 50% easier to open than conventional jar lids. No tools needed!

Companies using conventional jar lids to seal their products are stuck in the THEN, continuing to offer jarred items that consumers struggle to open. Upgrade to the NOW with the EEASY Lid to make your jarred products accessible, sustainable and consumer friendly.